Bail Hearing Lawyers in Brampton, Toronto, the GTA, ON 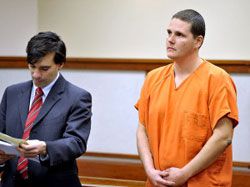 A bail hearing is a judicial proceeding in which the court will determine if an individual who has been charged with a criminal offence should be released on bail and trusted to make any and all required court appearances up to, and including, a trial.

Should the court determine there is no reason to believe the accused will fail to attend court and is unlikely to re-offend while on bail, the court will release the accused, but subject to terms and conditions that are deemed appropriate.

These conditions may require the accused to maintain a specific address, report to police or refrain from contacting victims and witnesses. In addition, the court may require that a surety (someone who will supervise the defendant) pledge assets or cash to assure the court that the accused will comply with the conditions of release.

The surety is held accountable for any breaches of bail conditions that the accused may commit while released into his/her care or custody.

In the event of a bail hearing, our bail hearing lawyers take all the necessary measures and adopt tactical strategies to persuade the court to release our client.

NLC Lawyers is a law firm based in Brampton, Ontario. We have some of the best bail hearing lawyers serving across the Greater Toronto Area including Brampton, Orangeville, Fergus, Arthur, Guelph, Milton, Mississauga, Ajax, Hamilton, Markham, Scarborough, Toronto and surrounding areas.